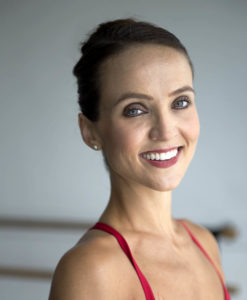 Do you ever wonder where ballet came from? Very often when teaching or taking a ballet class, I have pondered about the origins of this prestigious art form. Last quarter at UCI, I was given the assignment to teach a history lesson in the studio—that is, to combine teaching a technical dance step (something I do almost every day) and incorporating accurate and relevant historical context (something I do almost never). Initially I was overwhelmed by this ask, and my Professor even disclaimed that this was probably the hardest assignment of the course.

My research then sent me on a rabbit-hole of sorts, digging into one of my favorite subjects: Louis XIV and the origins of ballet. Ballet did not spontaneously occur, but rather its components of style and codification were brewing in the county and court dances of the Italian Renaissance for centuries before ballet was performed on stage. As early as 1400, Western Europeans were dancing steps in the countryside that resemble a waltz, a courtesy or a glissade that we execute in a contemporary ballet class today. Then, in 1642, Louis XIV became the king of France at the very tender age of four (with a 72 year reign, he is the longest known monarch of European history). Shortly after, France experienced a bitter civil war named “La Fronde,” or “the sling,” for the weapon the civilians used to attempt to overthrow the government. At such a young age, Louis was desperate to unite the country and deem himself capable and fit to lead. As political propaganda, Louis began to create performances in order to convince the public that he was truly a leader sent from God.

In 1653 Louis XIV created his first dance performance, “Ballet de la Nuit” or “ballet of the night.” Lasting for twelve hour straight (sundown to sunset) it depicted a metaphoric image of France in the “darkness” until Louis himself came to play the light that would save the country and bring hope to the people. It was after this performance that Louis received his most popular moniker: “Le Roi de Soliel” or “the Sun King.”

The people of France responded to Louis’s performances, and he started creating more opulent sets, costumes, and production to accompany them. His famed Garden of Versailles became the venue for the first ever ballets, which were more like spectacles, including music, recitation, dancing, visual art and even live animals.

The popularity of dancing gave rise to the first ever school of ballet: The Academie Royal de Danse, which Louis founded in 1661 and where many ballet steps were named and formed. Along with his teacher Pierre Beauchamps, Louis famously created the five ballet positions by taking influences from fencing, court dances and baroque movement. In fact, Louis had a portrait painted of himself in fourth position by artist Hyacinthe Rigaurd, which became his official portrait and still hangs in the palace of Versailles.

Written by Kiara Kinghorn. Kiara instructs our adult ballet beginning workshops in Orange County and is currently a graduate student at the UC Irvine School of Dance.

Flight School May 26th 2021 with Michael

Flight School May 19th 2021 with Michael